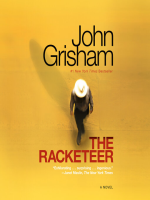 Description
#1 NEW YORK TIMES BEST SELLER • “The Racketeer is guilty of only one thing: keeping us engaged until the very last page.”—USA Today • In the history of the United States, only four active federal judges have been murdered. Judge Raymond Fawcett has just become number five.
His body is found in his remote lakeside cabin. There is no sign of forced entry or struggle. Just two dead bodies: Judge Fawcett and his young secretary. And one large, state-of-the-art, extremely secure safe, opened and emptied.
Who is the Racketeer? And what does he have to do with the judge’s untimely demise? His name, for the moment, is Malcolm Bannister. Job status? Former attorney. Current residence? The Federal Prison Camp near Frostburg, Maryland.
On paper, Malcolm’s situation isn’t looking too good these days, but he’s got an ace up his sleeve. He knows who killed Judge Fawcett, and he knows why. The FBI would love to know. And Malcolm Bannister would love to tell them. But everything has a price—especially information as explosive as the sequence of events that led to Judge Fawcett’s death. And the Racketeer wasn’t born yesterday.
Nothing is as it seems and everything’s fair game in this wickedly clever novel from John Grisham, the undisputed master of the legal thriller.
Also in This Series

Formats
OverDrive MP3 Audiobook
Works on MP3 Players, PCs, and Macs. Some mobile devices may require an application to be installed.
Sample Sample
OverDrive Listen
Sample Sample
Need Help?
If you are having problem transferring a title to your device, please fill out this support form or visit the library so we can help you to use our eBooks and eAudio Books.
More Like This

Note! Citation formats are based on standards as of July 2022. Citations contain only title, author, edition, publisher, and year published. Citations should be used as a guideline and should be double checked for accuracy.
Copy Details
Staff View
Grouped Work ID:
ea17c6b9-bed1-f915-e3da-a4ae8705a33f
Go To Grouped Work 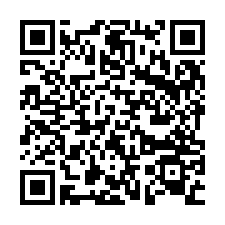